The New York Times has called Leif Ove Andsnes “a pianist of magisterial elegance, power, and insight,” and the Wall Street Journal named him “one of the most gifted musicians of his generation.” With his commanding technique and searching interpretations, the celebrated Norwegian pianist has won acclaim worldwide, giving recitals and playing concertos in the world’s leading concert halls and with its foremost orchestras, besides being an active recording artist.

The New York Times calls Leif Ove Andsnes “a pianist of magisterial elegance, power, and insight,” and the Wall Street Journal names him “one of the most gifted musicians of his generation.” With his commanding technique and searching interpretations, the celebrated Norwegian pianist has won acclaim worldwide, playing concertos and recitals in the world’s leading concert halls and with its foremost orchestras, while building an esteemed and extensive discography. An avid chamber musician, he is the founding director of the Rosendal Chamber Music Festival, was co-artistic director of the Risør Festival of Chamber Music for nearly two decades, and served as music director of California’s Ojai Music Festival in 2012. He was inducted into the Gramophone Hall of Fame in July 2013, and received honorary doctorates from New York’s Juilliard School and Norway’s University of Bergen in 2016 and 2017, respectively.

Following the success of their “Beethoven Journey” collaboration, Andsnes and the Mahler Chamber Orchestra have joined forces once again for “Mozart Momentum 1785/86,” another major multi-season project that sees them explore one of the most creative and seminal periods of the composer’s career. This season, besides touring a program of Mozart’s chamber music to Germany, Belgium, the Netherlands, and London’s Wigmore Hall, they head into the studio to record the composer’s Piano Concertos Nos. 20-22 for future release by Sony Classical. Andsnes also performs No. 22 with both the Berlin Philharmonic under Herbert Blomstedt and the San Francisco Symphony under Manfred Honeck, Nos. 21 & 22 with the St. Paul Chamber Orchestra, Nos. 20 & 21 with the Oslo Philharmonic, and all three concertos with Sweden’s Gothenburg Symphony, where he serves as 2019-20 Artist-in-Residence. Another highlight of the multi-faceted Gothenburg residency is Grieg’s Piano Concerto, which Andsnes reprises with Riccardo Muti and the Chicago Symphony; Andris Nelsons and the Boston Symphony, both in Boston and at New York’s Carnegie Hall; Alan Gilbert and Hamburg’s NDR Elbphilharmonie, at the Schleswig-Holstein Festival; Yuri Temirkanov and the St. Petersburg Philharmonic; Edward Gardner and the Bergen Philharmonic, on tour in South Korea and China; and Vasily Petrenko and the Oslo Philharmonic, on a European tour that culminates at London’s Barbican Hall. In recital, besides joining his regular partner, bass-baritone Matthias Goerne, for an all-Schumann lieder evening at Milan’s La Scala, the pianist performs a colorful solo program of Dvořák, Bartók, and Schumann at the Vienna Konzerthaus, the Wigmore Hall, and other destinations in Europe.

Andsnes bookended his 2018-19 season with performances of Britten’s Piano Concerto, first in seasonopening concerts with the Bergen Philharmonic and then with the BBC Symphony Orchestra at London’s BBC Proms. Another key focus of the season was Brahms’s First Piano Concerto, which he performed with London’s Philharmonia Orchestra and toured with the Staatskapelle Dresden in Germany and the Berlin Radio Symphony Orchestra (RSB) in Asia. He rejoined the RSB for Mozart, whose concertos were also the vehicle for his returns to the Munich Philharmonic and Budapest Festival Orchestra. Besides joining Goerne for Schubert lieder in Paris, Essen, and Barcelona, Andsnes debuted a solo program of Schumann, Bartók and Janáček in recitals in Paris, Oslo, and Frankfurt. His summer engagements included a residency at his own Rosendal festival in Norway, where guest artists included Andrei Bondarenko, Marc-André Hamelin, Igor Levit, Anthony McGill, Tabea Zimmermann, and the Quatuor Danel.

Perhaps the Norwegian pianist’s most ambitious achievement to date is “The Beethoven Journey,” his epic four-season focus on the master composer’s music for piano and orchestra, which took him to 108 cities in 27 countries for more than 230 live performances. He led the Mahler Chamber Orchestra from the keyboard in complete Beethoven concerto cycles at high-profile residencies in Bonn, Hamburg, Lucerne, Vienna, Paris, New York, Shanghai, Tokyo, Bodø, and London, besides collaborating with such leading international ensembles as the Los Angeles Philharmonic, San Francisco Symphony, London Philharmonic, and Munich Philharmonic. The project was chronicled in the documentary Concerto – A Beethoven Journey (2016), and Andsnes’s partnership with the MCO was captured on the hit Sony Classical three-volume series The Beethoven Journey. The first volume was named iTunes’ Best Instrumental Album of 2012 and awarded Belgium’s Prix Caecilia, the second recognized with BBC Music’s coveted “2015 Recording of the Year Award,” and the complete series chosen as one of the “Best of 2014” by the New York Times.

Andsnes now records exclusively for Sony Classical. His previous discography comprises more than 30 discs for EMI Classics – solo, chamber, and concerto releases, many of them bestsellers – spanning repertoire from the time of Bach to the present day. He has been nominated for eight Grammys and awarded many international prizes, including six Gramophone Awards. His recordings of the music of his compatriot Edvard Grieg have been especially celebrated: the New York Times named Andsnes’s 2004 recording of Grieg’s Piano Concerto with Mariss Jansons and the Berlin Philharmonic a “Best CD of the Year,” the Penguin Guide awarded it a coveted “Rosette,” and both that album and his disc of Grieg’s Lyric Pieces won Gramophone Awards. His recording of Mozart’s Piano Concertos Nos. 9 and 18 was another New York Times “Best of the Year” and Penguin Guide “Rosette” honoree. He won yet another Gramophone Award for Rachmaninov’s Piano Concertos Nos. 1 and 2 with Antonio Pappano and the Berlin Philharmonic. A series of recordings of Schubert’s late sonatas, paired with lieder sung by Ian Bostridge, inspired lavish praise, as did the pianist’s world-premiere recordings of Marc-André Dalbavie’s Piano Concerto and Bent Sørensen’s The Shadows of Silence, both of which were written for him. As well as Chopin: Ballades & Nocturnes and the Billboard best-selling Sibelius, both recorded for Sony, his recent releases include Stravinsky: The Rite of Spring & other works for two pianos four hands, recorded with Marc-André Hamelin for Hyperion, and Schumann: Liederkreis & Kernerlieder, recorded with Matthias Goerne for Harmonia Mundi.

Andsnes has received Norway’s distinguished honor, Commander of the Royal Norwegian Order of St. Olav, and in 2007, he received the prestigious Peer Gynt Prize, awarded by members of parliament to honor prominent Norwegians for their achievements in politics, sports, and culture. In 2004-05, he became the youngest musician (and first Scandinavian) to curate Carnegie Hall’s “Perspectives” series; in 2015-16 he was the subject of the London Symphony Orchestra’s Artist Portrait Series; and in 2017-18 he served as Artist-in-Residence of the New York Philharmonic. He is the recipient of the Royal Philharmonic Society’s Instrumentalist Award and the Gilmore Artist Award, and, saluting his many achievements, Vanity Fair named Andsnes one of the “Best of the Best” in 2005.

Leif Ove Andsnes was born in Karmøy, Norway in 1970, and studied at the Bergen Music Conservatory under the renowned Czech professor Jirí Hlinka. He has also received invaluable advice from the Belgian piano teacher Jacques de Tiège who, like Hlinka, has greatly influenced his style and philosophy of playing. He is currently an Artistic Adviser for the Prof. Jirí Hlinka Piano Academy in Bergen where he gives an annual masterclass to participating students. Andsnes lives in Bergen with his partner and their three children. 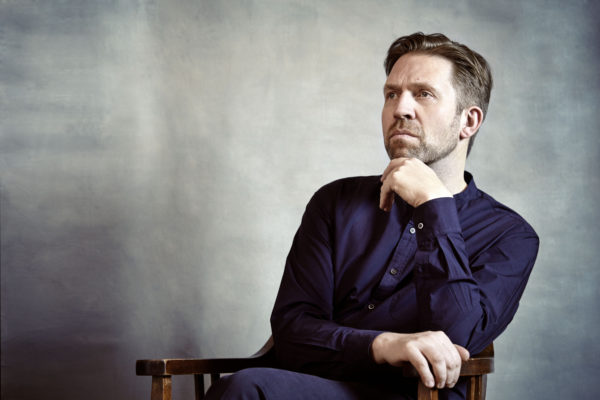 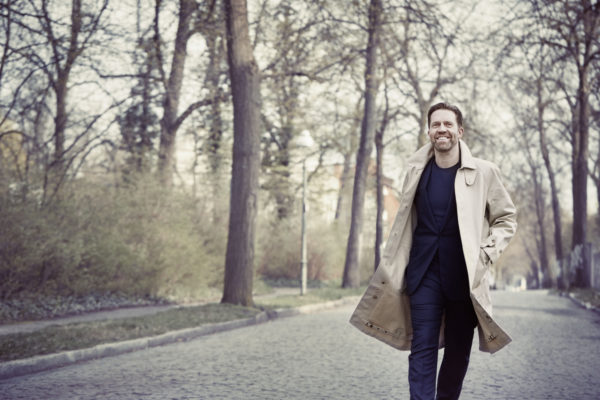 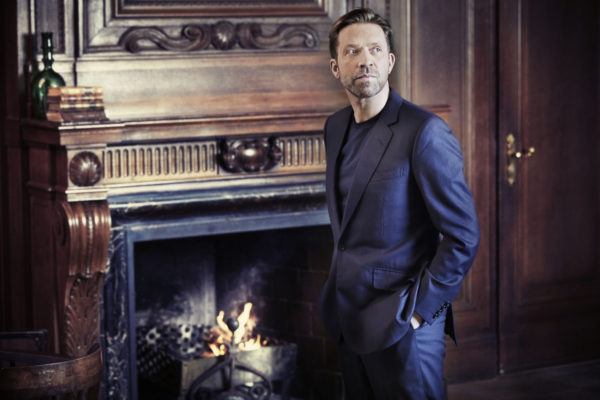 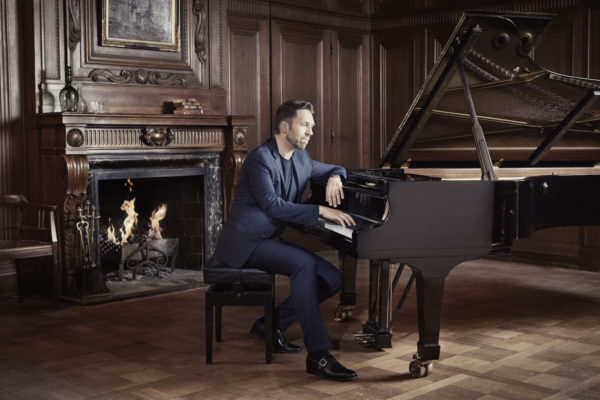 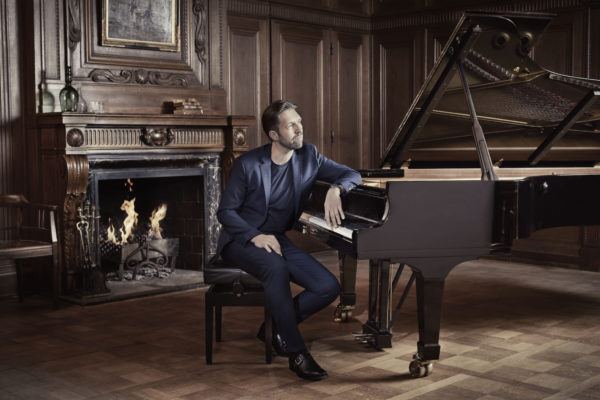