Frank Peter Zimmermann will be busy during the next couple of weeks, performing Stravinsky’s violin concerto with the Sinfonieorchester Basel and Robert Trevino on 25 and 26 January, with the Rundfunk-Sinfonieorchester Berlin and Vladimir Jurowski on 29 January, and with the Royal Stockholm Philharmonic Orchestra and Ryan Bancroft on 1 and 2 February.

Dmytro Choni, who is on Pianist magazine’s “5 pianists to keep an eye on in 2023” list, describing him as “A phenomenal pianist who no doubt has an incredible future.” will be giving solo recital debuts at the Louisiana Museum of Modern Art in Humlebæk on 22 January, and at the Haus der Ingenieure in Vienna on 24 January, performing works by Prokofiev, Debussy, Scriabin, Silvestrov and Liszt. 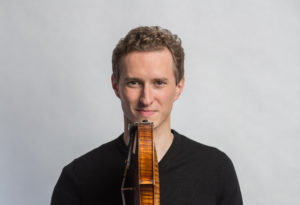 Josef Špaček will be returning to the Bochumer Symphoniker on 26 and 27 January, to perform Suk’s Fantasy, conducted by Sylvain Cambreling